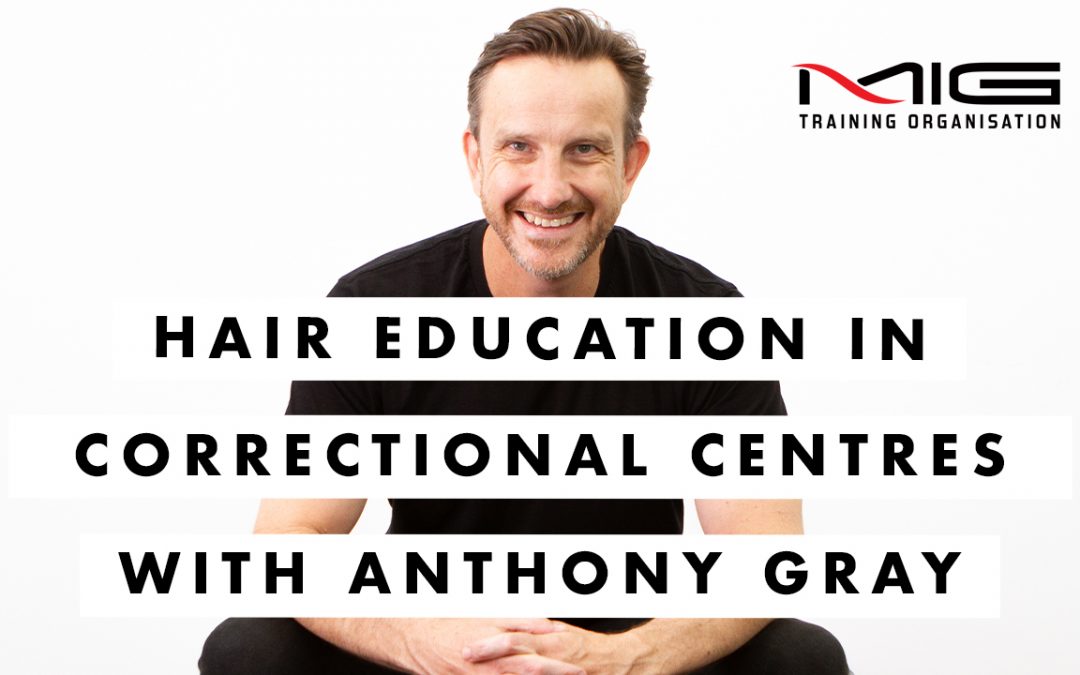 I thought I’d share this story as it’s amazing where the hair education journey has taken us. Each year at MIG, we graduate approximately 150, hairdressers and barbers. And in that group, there’s a special number who’ve had to overcome the greatest of obstacles in order received the qualification. Twice a year at Southern Cross Correctional Facility MIG has a graduation ceremony. And this is for prisoners who’ve spent six months studying the Certificate to II Hairdressing.

The students graduate in front of proud family members prison, management, and hair industry representatives. SQCC commenced the hairdressing program in Queensland back in 2012, and we were only initially engaged in an advisory capacity. We then began to deliver workshops and support those to transition to work after release. We took over the program in 2015 and recruited an experienced educator in Rachel Monahan to lead for us. The Cert II in hairdressing is delivered two days a week over a six month period. The correctional facility operates a completely functioning salon within the prison and it’s fully booked and offers a wide range of services. For many, completing this program is their greatest achievement to date and a major step towards breaking the cycle of crime.

On a graduation day, MIG educator Rachel is often joined by Nicole from MIG and some amazing supporters from industry. Mikey Forster from Horsemeat Disco and Paula Hibbard the long hair guru have always donated their time to spend training and preparing the students for the ceremony. The program is also generously supported year round by their De Lorenzo and their lead educator Mel At the last graduation in a really touching moment and ex prisoner spoke to the students about how the hairdressing program had saved her from a life of drugs, prostitution and crime and how the hair industry was non discriminatory and willing to give people a go.

At MIG, we’re really proud to be part of such a valuable and beneficial initiative. The hairdressing community are accepting and willing to give people a second chance and I think this is what makes the program so powerful. The students have a very real opportunity to work in hairdressing upon being released, and to find a life away from crime. The joy for us is in seeing a person with a passion for the trade that’s ignited and then a great sense of accomplishment comes from completing something at one of the most difficult periods in their lives. I mean, it just goes to show that the hair journeys as diverse as it is exciting. And as an industry, we’re all doing a little bit for the community.