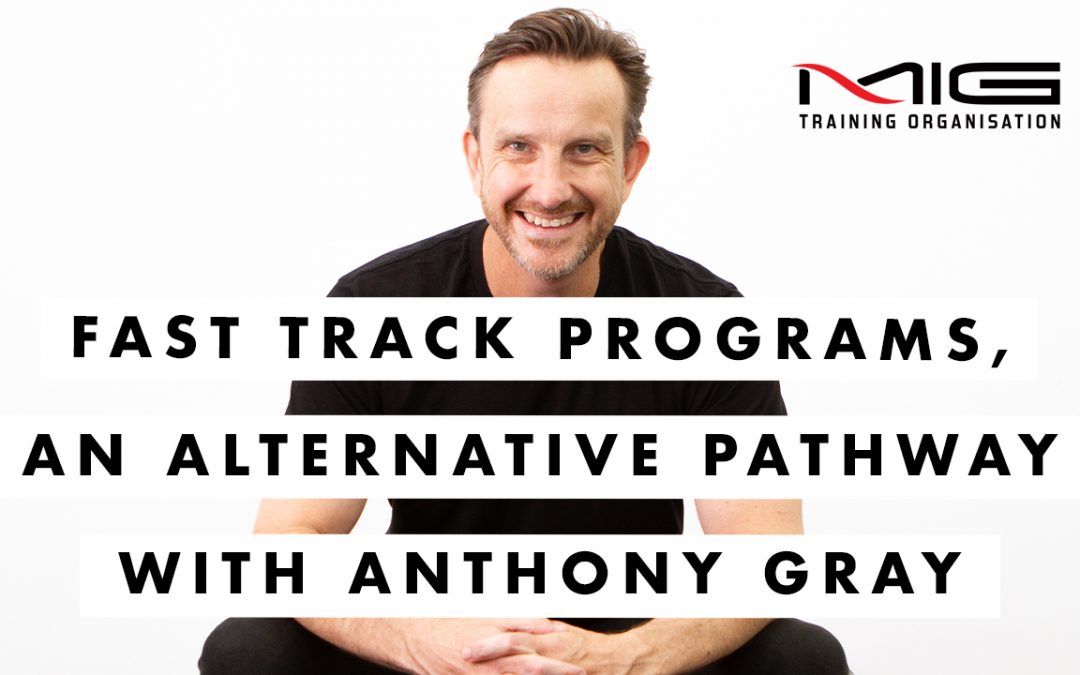 I would like to talk to you a little bit about fast track or college based courses. One of the greatest challenges we face as an industry and as educators is in attracting quality people who will sustain our industry moving forward. And whilst the apprenticeship continues to be the bedrock, quality institutional pathways are a viable alternative for attracting new people to our industry. Historically, the college based or fast track option has not necessarily been considered the equal of the apprenticeship. But the demand for greater flexibility from those looking to join our industry has underpinned the popularity of these programs.

The advantages of this alternative pathway numerous.  Firstly, it attracts individuals that otherwise might have been lost to the trade, in particular mature aged people who are looking at a change of career. It also opens the door for school leavers who may not be ready to access an apprenticeship at that time. Secondly, employing those who already have a level of exposure and a demonstrated commitment to the trade helps to address the incredibly high cancellation rate that’s often associated with new entrants. And finally, those who have access quality training and are ready to hit the ground running are well placed to be productive from the outset. They’ve made a considerable personal investment in their own training. And this helps to reduce the substantial education and training commitment that’s required by salons.

There’s no better way to get a feel for those who are attracted to the college based pathway than to follow the journey of one of our recent graduates. Abi Donaldson completed her Cert III in Hairdressing at MIG, and has been kind enough to allow us to share her story. Abi grew up on a little hobby farm halfway between Warwick and Stanthope. And the plan for Abi was always to get to uni after school but the closer she got to finishing school, the more she was confused about which direction to head. She was incredibly successful academically, but she wanted a career that she could take anywhere she went. She really loved living in the country so it was also something that she loved to do there. Her mum was an artist so she grew up in an environment that fostered creativity. So when someone suggested hairdressing, Abi decided to have a really close look at this career path. On deciding on hair Abi chose to complete the college based or fast track program, as opposed to going into an apprenticeship.  Primarily because it allowed her to work at her own pace, and to advance according to her skills. And I think also, she was really unsure about how she’d be treated in a salon environment, straight out of school.

The college program develops great foundation and basic hairdressing skills, which can then be built on in the salon environment. And for Abi with this underlying knowledge, it was a really smooth transition into the salon, when she got there on a part time basis, while she was finishing the course. She really enjoyed the college environment, working with multiple trainers, and picking up bits and pieces from everybody and exposing yourself to a diverse range of ways of doing things that she may not have seen directly in the salon. The lesson from Abi’s story is that there’s a number of paths available to enter the industry and the choices, I suppose is incredibly important in order for us to continue to attract great people like Abi. At MIG we work with many household names in hairdressing to build their teams capacity and technical skills. By understanding your business we can help provide advice, connection to services and invariably help you to leverage your greatest asset which is your people.